HEY SFs… this wraps up Talk to Tom 2018. You can still submit questions, but I can’t guarantee answers:

WOOKIEFOLDER101
Did you ever play Legend of Zelda when you were a kid??? I think it is one of the stookiest game series ever. I was wondering if you played it, what version you played, and what you played on!
TOM: So, when I was a kid… Zelda didn’t exist yet.
But in college, I got to play a little of Zelda II on a NES that some dudes in my dorm had. 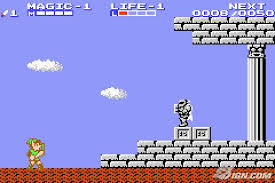 Later, when I got an NES I played Link to the Past for a long long time, but something went wrong and I couldn’t finish it no matter how long I stomped around Hyrule. Not long ago, I finally started over. This time, I made it through and it was fantastic!
Then I played Zelda: Windfish and I really, really loved that game, too!
I’m really hoping we get a game where Zelda has to save Link someday soon!

Q: SF Forcigami13
Can you go into a bookstore and get your own book for free by showing them your id to show them that you are the author of that book?
A: Ha! No way!
I get a certain number of copies – 25? – when a book first comes out. Then if I want more I have to pay for them.
So, as you can imagine, I ran through my copies of OY a LONG time ago and have paid for many copies since then!

PS- I see that your mega-doodle request is Ness from Earthbound. I LOVE EARTHBOUND!!!!

=-=-=-=-=-
SuperFolder Origami_Master53
Hey Tom I have question can you make my Darth Paper using my instructions?
TOM: Not as good as you!

Q: SuperFolder Origamimasterman
Tom,
i bet a lot of other people are wondering this to, when will the big news about the little green origami puppet! we are all dying to know! please tell us! You are our only hope!

A: How can I resist a request like that, Origamimasterman?
Did you see my post about what’s coming in 2020?
Well, if that comes true, then my publisher will probably announce it a year or at least 6 months ahead of time. It’s also possible that it will be announced in Publishers Weekly before that. Either way, as soon as I find out that’s okay to talk about… I’ll be talking about it! Hopefully soon, because I am EXCITED!

SuperFolder Entity303
Hey Tom! I have heard from a couple people that on this site originally, commenting where people typed out a comment was available and allowed. My question is that if type-commenting was allowed before, why did you stop it and could you bring it back?
Entity303

TOM: Ah, those were the best of times and the worst of times…
Once upon a time, OrigamiYoda.com was an ongoing conversation between all of us. It was wonderful and it absolutely shaped the Origami Yoda series. Stuff like “WUG!” started on the site and ended up in the books!
But – as you probably know from other sites – the internet can be a nasty, nasty place. And some of that nastiness showed up here. SFs insulting each other’s origami AND each other. Back and forth flame wars would erupt in the comments and get out of control before I could catch them.
And we had drive-by trolls. Ugh.
And we had Sfs sharing personal information – like their address – that could have caused a real-life disaster.
And… frankly, it was exhausting to try to be the referee of all of that.
So we started to limit commenting to certain times… but even those got out of hand!
The final blow was a comment a SF made about another SF’s deceased pet.
I was done.
So… we basically pulled the plug on what OrigamiYoda.com had been. MANY Sfs asked for comments to come back… but, no, it will never happen.

SuperFolder Stooky_Chewie_GJ
Hi Tom! Yep! I’m back. It’s been a while. Now I’m in sixth grade, starting my own OY story. Anyway, I need some help. I have some ideas for a new Origami Yoda book, and I’m working on it, but I need some tips.
TOM: Hey GJ! Here is my number one tip for all writers:
Don’t stare at a blank computer screen.
That means: Don’t sit down to write until you know at least the first thing you’re going to write. Take a walk or draw picture or wash the dishes or build a Lego chicken or listen to the Cuphead soundtrack or something.
Sometimes this means that I don’t write anything for WEEKS! But that means I’m doing other things and those things give me ideas.
Remember, the idea from Origami Yoda didn’t come from staring at a blank screen. It came from actually folding an origami Yoda!

And, as far as tips on writing OY stories… think of something small that went wrong in real-life. Like maybe getting an embarassing stain or running into hug-walkers. How could Dwight and OY have saved you from that?

TOM: Sometimes I do and sometimes I don’t… but so far Hollywood has not called, so I’ve never had to make up my mind.