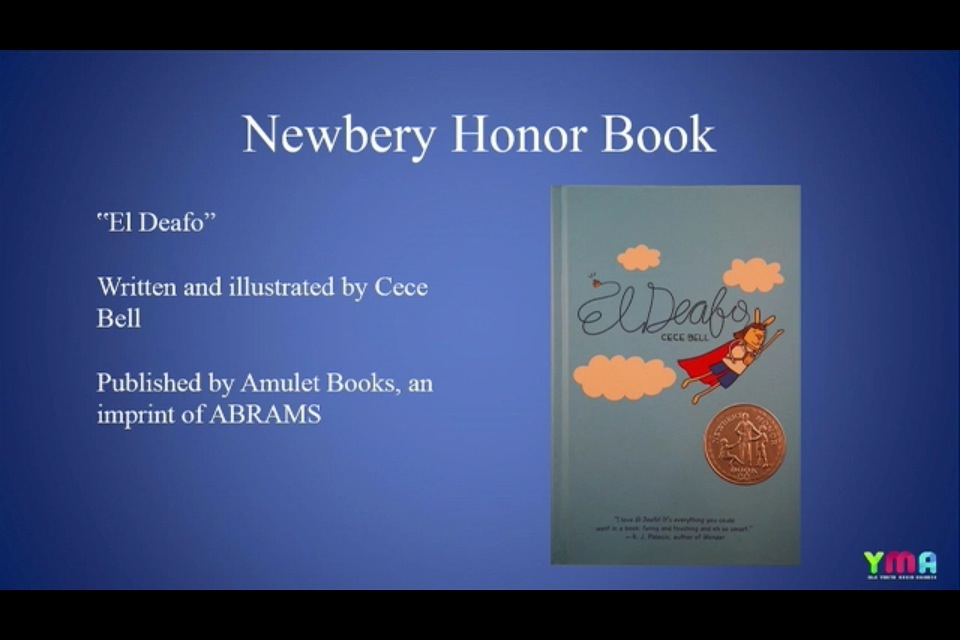 Things have been CRAZY around here…

BECAUSE Cece won a Newbery Honor for El Deafo. That means that she gets a big shiny silver medal sticker on the cover of her book! Wow!!!!

In case you didn’t hear, this year’s Newbery went to the book “The Crossover” by Kwame Alexander. There were two Newbery Honors, once for “El Deafo” and one for “Brown Girl Dreaming.”

I’m so excited for Cece! If you haven’t read the book yet, now you don’t have to take my word for it: it really is an outstanding book!!!

You already know a little bit of Cece’s story, since Caroline is based on her. But El Deafo tells a lot more about what it was like after she lost her hearing and had to go to school with a jumbo hearing aid.

That wasn’t the only good news at the awards: seceral of my friends won awards, including Dan Santat who won the Caldecott Medal for best picture book. Dan is going to be illustrating a book I wrote in a year or so…

I am finishing up the first book of a whole new series, which I think you are going to like. At least I hope so!!! It’s not about Star Wars, but it is about characters you probably already know. I’ve already written it and now I’m drawing the pictures,LOTS of pictures!