A lot of you have been mentioning the Superfolder Council, so I decided to make a Kellen-style doodle on it!

Basically, I put everyone in the Council in picture frames. Oh… and I added a few other important squirrels, chips, and waffles. 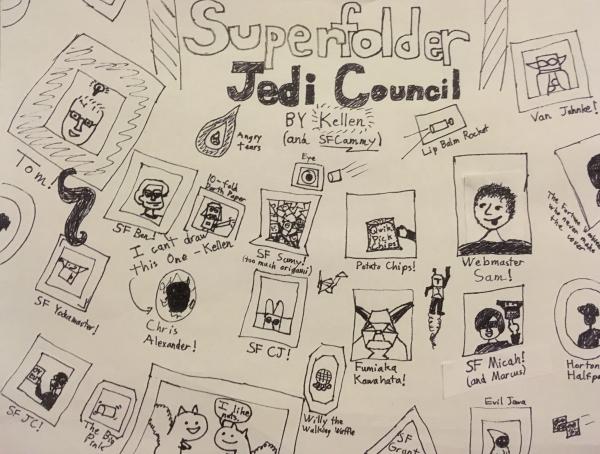