First thing: this is not kirigami! It is origami. It took me a really long time to figure out how to do all four ams without making any cuts, but eventually concluded to fold the design in three pieces that fit together perfectly. the first section consists of a body, puppet area, and one pair of arms. The second consists of the second pair of arms, and a section that fits into a little pouch at the back of the torso. The third section consists of the head, “ears”, and a connecting element.

I just perfected this design, having been working on a way to make all four arms without cutting for almost a year. Once, perfected, I drew a face on, and those weird arrow markings on the armor. Unfortunately, I don’t have a cape for him, but he thinks they’re annoying anyway. He prefers to wear a bathrobe, although, I didn’t make that for him either. (are you kidding? that would require four SLEEVES!!!) 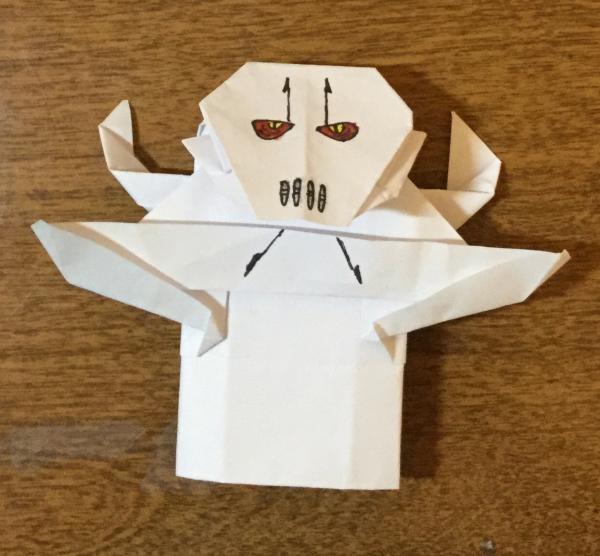