I have decided to fold all of the origami guys girls and droids. First the strange case of origami yoda then darth paper. Tell me what you think if you don’t like it then say fizzpop if you do say stooky if you want instructions say instructions please. 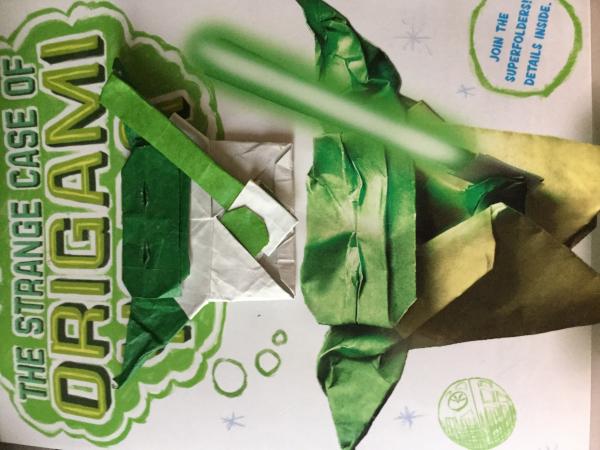