Whoops! Kaden had a little accident with the scissors. It started out fine, but then he got carried away. Before long, his hood was totaled, and Kaden had forgotten why he was using the scissors in the first place. Although the wild cutting frenzy had a bad outcome, Kaden actually had a lot of fun doing it. To him, the trashed hood is worth the fun he had cutting it. The cut-up hood doesn’t look bad necessarily, just different. Look at Herman (see Daily Ewok #49) for example. His hood is completely useless without eyeholes. Kaden’s hood may look strange, but he can still use it. It’s just a good thing the hood was all Kaden cut. In his wild, out of control craze, those scissors could’ve been extremely dangerous. Maybe if Kaden thinks cutting stuff is so fun, he should do it to help ewoks, and not to possibly hurt others or himself. One thing he could try is fixing Herman’s hood. Cutting eyeholes in it would solve Herman’s problem, AND it would be fun for Kaden! 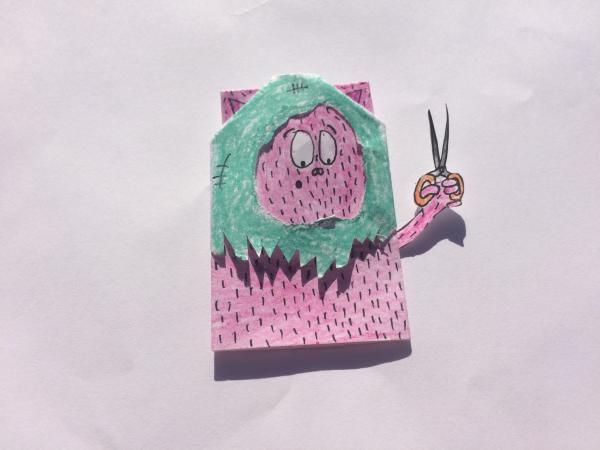